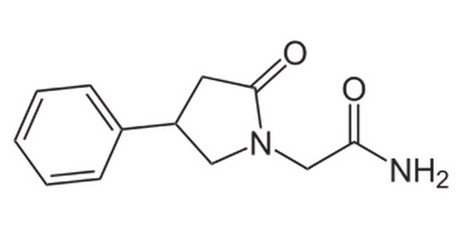 Is Phenylpiracetam the Strongest Nootropic Supplement?

Phenylpiracetam has been around since 1983. Also known as Carphedon or Phenotropil, it boasts antidepressant, anxiolytic, antipsychotic, and memory enhancement properties. This prescription drug was develop in Russia and has numerous health benefits, such as improved cognition and brain power, greater energy, and increased alertness. Its ability to reduce depression and anxiety is well-documented.

How Does Phenylpiracetam Work?

Considered one of the strongest nootropics available today, Phenylpiracetam appeals to those who wish to keep their brain sharp and learn new things easily. This drug is derived from Piracetam, with an added phenyl-group. When used regularly, it boosts memory and balances your mood.

This nootropic is 30 to 60 times stronger than Piracetam. Even though it’s fat soluble, it mixes with water. Compared to other similar drugs, it can cross the blood-brain barrier with greater ease and delivers faster results. Its benefits last longer too. Most users report better concentration and mental focus, enhanced learning ability, an increase in cold tolerance, and lower anxiety levels. Once you start taking Phenylpiracetam, you’ll be able to function at your peak on less sleep.

Phenylpiracetam Dosage and Side Effects

Phenylpiracetam became popular during the 2006 winter Olympics when a female athlete tested positive for this drug. Although its effects on physical performance are minimal, it gives you a competitive edge. After just one dose, you’ll have more energy and stamina, think clearer, and handle stress better. The recommended dosage is 100 to 200 milligrams two or three times a day. For optimal results take it after a meal or with fish oil.

This nootropic has fewer side effects than other stimulants. It may cause digestive problems, nausea, headaches, and irritability. In general, reducing dosage can help prevent these issues. Phenylpiracetam does not interact with other drugs and can be used on long term. No recorded cases of overdose have been found so far.