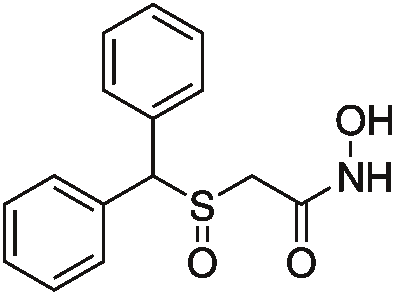 If you have struggled to stay alert and awake when you absolutely need to, you’ve likely considered using smart drugs. But do they work and are they safe?

Smart drugs, or ‘Nootropics’ as they are now commonly known, aim to maximize the potential of the human brain and body. They are indeed one of the most exciting scientific discoveries. So if you are working the graveyard shift and need to stay on top of your cognitive abilities, they might be worth a shot.

And it’s not just college students who use them. Top performers in other fields such as athletes, CEOs, artists, and entrepreneurs do too.

Nootropics aren’t some kind of magic pills that will give you instant and complete access to the full human potential. They won’t increase your IQ for instance. So what really are they? According to Belgian scientist, Corneliu Giurgea, who came up with the term, nootropics are drugs that;

There are several types but let’s look at two examples; Adrafinil and L-theanine.

First discovered in France back in the 70’s, Adrafinil is used to improve mood, wakefulness, and alertness. It boosts the production of hypocretin, a neurotransmitter responsible for alertness.

Adrafinil also works by breaking down Glutamite which is the richest neurotransmitter in a human body. The result? A significant improvement in memory and cognitive performance. It’s ‘stimulant’ qualities makes it especially popular among people who want to improve their vigilance or stay on top of their cognitive abilities.

An increased dosage will also cut down fatigue, and without causing any excessive activity in the body. Traditional stimulants life caffeine, amphetamine, and others, are known to enhance psychomotor activity. But Adrafinil only works in specific parts of the brain.

Research has shown that Adrafinil does not have a lot of the side effects common in other stimulants. Some studies also show that it’s not only safe and well-tolerated by the human body, but that it also has minimal risk of addiction when taken in moderate doses for short periods of time.

While L-theanine is now available at many drugstores in pill or tablet form, it’s found naturally in tea leaves, and in smaller quantities in Bay Bolete Mushrooms. It’s a unique amino acid commonly found in both green and black tea. Therefore, you almost always take it in whenever you have your favorite cup of tea.

Many people take L-theanine for its relaxation properties. It lacks the drowsiness that often comes with taking similar compounds. However, to achieve this, you’ll have a slightly higher quantity than what is available in one cup of tea.

According to research, L-theanine can also provide a boost to your general state of mental alertness and arousal. When taken in realistic dietary quantities, L-theanine can improve attention and other attentional processes, especially when paired with caffeine.

It is generally safe, and recommended, for people to take L-theanine supplements or drink teas containing L-theanine. There are, so far, no reported side effects of taking it. There are also no reports of overdose, given that drinking tea is mostly safe for many people.

If you are looking for that extra edge in your performance or an important task, nootropics provide a great option. Consult your doctor if you are not certain about the effects or the right dosage.