Genius Joy may be the next big nootropic on the market. Users have raved about its effects on depression, anxiety, worry, and energy. Other have said it makes them more alert and focused.

What exactly is this Genius Joy, and how can it help you?

What is Genius Joy?

Genius Joy is a multi-benefit nootropic. Quite simply, it is a mood and brain-boosting nootropic. It boosts your mood, lifts brain fog, makes you less anxious or stressed out, and helps you be more alert. 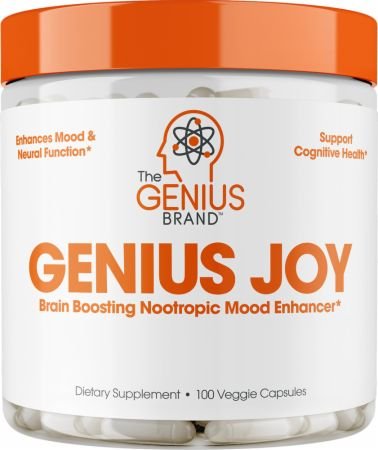 How can one nootropic do all this? The secret lies in its blend of ingredients.

Genius Joy has the following ingredients:

If you are taking antidepressants, you should speak with your doctor before taking Genius Joy. If you have bipolar disease or manic depression, you should not take Genius Joy because it contains SAMe, which has been shown to cause mania in some people with bipolar disease or manic depression (17). There are also reports of gastrointestinal issues in a small subset of people who have taken Genius Joy.