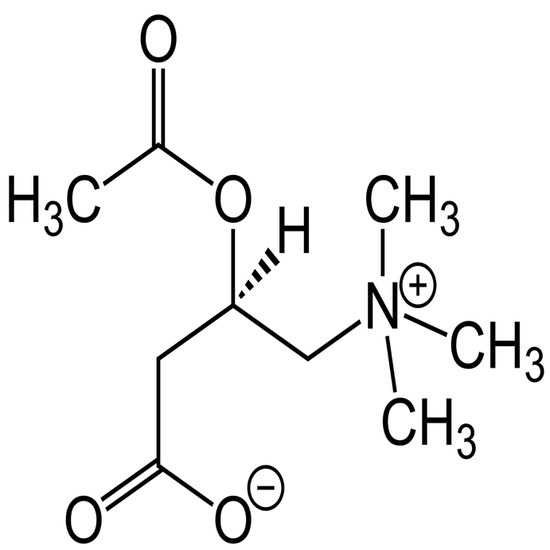 Acetyl-L-carnitine is a building block for proteins (an amino acid) that is naturally produced in the body. It occurs naturally in red meat (the “carni-” portion of its name) and can readily cross the Blood/Brain Barrier. It functions within the mitochondria (biological batteries for living things) of cells to help produce energy.

In mouse studies, doping their water supply for 25 days with high levels of ALCAR showed increased glucose levels in the brain and reduced levels of lactate metabolites meaning there was more energy available. This supplementation also produced an increase in the levels of the neurotransmitters noradrenaline and serotonin which is consistent with the claims that ALCAR may be useful for treating symptoms of depression.

The news is not quite as good for Alzheimer’s patients with late-onset AD (after age 66) as they tended to decline more quickly on the drug than a control group. For early-onset patients (before age 65) with rapidly advancing symptoms, there did seem to be a significant slowing of the progress of the disease.

Interesting results have shown benefits of combined therapy with alpha-lipoic acid (ALA) & acetyl-L-carnitine (ALCAR) in patients with metabolic syndrome, and in the treatment of diabetic neuropathy. Current studies are underway to investigate efficacy in the treatment of Muscular Sclerosis.

This drug, used as a dietary supplement, has a potential user base in the tens of millions among the elderly looking for an increased level of energy, mental acuity, and improved memory function. The secondary market is students and athletes for precisely the same reasons.

Maximum dose recommended by the National Institute of Health is 1½ g (1500 mg) per day in divided doses, but various nutrition sites around the world wide web take that as a starting point, and for some specific symptoms go as high as 4 g per day (4000 mg) in divided doses.

It can cause some side effects including stomach upset, nausea, vomiting, and restlessness. It can also produce a “fishy” odor of the urine, breath, and sweat.

If you are prone to seizures be aware that ALCAR could trigger seizures in those prone to them.

Do not mix with blood thinners such as Coumadin/Warfarin, and particularly with Sintrom/Acenocoumarol, as ALCAR could seriously amplify the effects creating a significant health risk.

Our knowledge about this product is increasing. Try not to rely on commercial or retail sites for information which can be slanted towards encouraging you to purchase something that may not have any particular benefit for you. Instead seek out reputable research based organizations like the National Center for Biotechnology Information to see unbiased information on your area of interest.

Remember this industry is not regulated by the FDA. The only requirement is that the product bears a warning on the label stating that something is a nutritional supplement and no claims have been authenticated by the FDA; and that this product is not meant to treat, diagnose, or cure any disease or condition.

More importantly, John Oliver revealed this little gem of information on his television program of June 2014. Some supplements do not contain the ingredient claimed on the label. So, do your homework and find out if the supplement is useful to you, and then obtain it through a reliable source that is willing to show independent laboratory certification that the contents match the claims.

Good luck! Remember to stay active and challenge your brain every day because the rule that seems the most frequently forgotten nowadays is “Use It Or Lose It!”, so stay healthy.