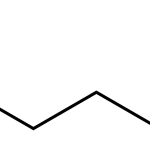 How does GABA work?

In an overly simple way, if you are imagining an apple, certain neurons fire and the appearance, smell, taste, feel, weight and all the things you know about apples become “potentiated”; depending on need you can suddenly “know” (thanks glutamate) that there are 7,500 varieties of apple, that they go well together with cinnamon, or that you once peeled two pounds of them for your grandmother so she could bake a pie…

But you only need that information very briefly. If you remembered everything you ever knew, all the time, you probably couldn’t function, so they are “de-potentiated” by GABA.

What if you don’t have enough GABA?

If there is insufficient GABA in your brain, your thought process can become very busy (racing). It is important to note however that GABA and glutamate are not like doorstops that leave a connection permanently open or closed. Eventually they will “wear off” and go back to a neutral state.

If your mind is going at 100 miles per hour, it is very hard to sleep. When you do finally nod off, it’s hard to descend into deep or even REM sleep, so your brain can heal, repair itself, and assimilate all the information you collected today. GABA helps slow everything down leading to a good night’s rest.

It also acts to prevent seizures, which occur when huge numbers of neurons are activated all at once. On a lesser scale, it helps to decreased stress, anxiety, depression, and confusion. When we’re not “on edge” we have calmness, focus, enhanced mood, and less wasted energy from all that finger-drumming and nervous-pacing.

Surrounding the brain is something called the Blood Brain Barrier (BBB). It protects the brain from all the other chemistry going on in the body. It keeps chemicals, toxins, and neurotransmitters out of the brain so that they don’t harm it, or disrupt its function.

Large molecules do not pass the BBB easily; electrically charged molecules only pass with great difficulty; and since your brain is more than 30% cholesterol, molecules must also be fat-soluble in order to enter.
It is important to keep excess chemicals out of the brain, particularly the neurotransmitter GABA, which is used throughout the body for numerous purposes, the largest of which is maintaining the tone of all the muscles in our body. It can be found virtually everywhere including the lens of the eye, fallopian tubes, uterus, ovaries, testes, intestines, stomach, pancreas, kidneys, bladder, lungs, and liver.

How does GABA get in?

GABA doesn’t get into the brain. It is actually made inside the brain out of glutamate. There’s a cycle that converts back and forth between glutamate and GABA as needed.

People taking GABA supplements have reported positive effects like improved sleep, lessened depression, better concentration, and so on. Is it just a placebo effect? Possibly not…

So do you have a GABA deficiency?

The explanation might be that a GABA supplement can act on the entire body except for the brain. Consider that if GABA caused the muscles in your body to relax, your breathing to slow down, and your pulse rate to diminish wouldn’t that make you feel calmer? If you suddenly felt like you didn’t need to pace back and forth across the room, wouldn’t that be better?

With your improvements, you would cease to worry about what was causing all these problems, eliminating confusion. And that improved mood would start to banish your depression.

Because GABA is a neurotransmitter people expect that it’s going to have some sort of effect on the brain. The fact that it works throughout your body for other reasons tends to get lost in the shuffle. It sounds more “scientific” to talk about it fixing your brain, but the truth may be that it fixes everything else except your brain (because it doesn’t have access).

If you find that GABA provides some relief from your symptoms, then there is certainly no harm in taking it. It’s one of the least expensive supplements at about 10¢ per 100 mg dose. Start at 100 mg per day, until you achieve the desired effect, provided it works for you. Keep the dose under 1000 mg and it should be reasonably safe.

Side effects include itching, tingling, or tickling on the skin, shortness of breath or rapid breathing, increased heart rate, and anxiety.

You can ignore the claims that oral supplements work on your brain, but that doesn’t mean it doesn’t affect your entire body which has a consequent effect on your brain. We may not understand the mechanism of its effect, but if it makes you feel better, isn’t that what you wanted? It’s a reasonably inexpensive experiment… Give it a try.

Where to Buy GABA

You can find GABA in loose form at Bulk Supplements, which is one of the less expensive alternatives.

Many of these nootropics are being pulled left and right, so be sure to pick some up before you can no longer buy GABA without a prescription.

So do what makes your little heart happy, and treat your brain right!